While it’s hard to find a dinner more satisfying than a steaming plate of flavorful pasta, by now you’re well aware of just how fattening traditional pasta is.

I say let’s not give up on our favorite pasta dishes…let’s make these dishes lighter, healthier and just as delicious by using noodles made from vegetables, rather than traditional, carb-laden pasta.

If you’re new to cooking with veggie noodles, you’re in for a treat! It’s simple and satisfying to create comforting guilt-free pasta dinners, and I’m going to show you how…

Spaghetti squash is the easiest of all the veggie noodles to prepare since the noodles are already formed in nature. Cut a spaghetti squash in half and you’ll find a mess of seeds and stings in the center of thick, firm, yellow flesh. The seeds and strings are discarded, and that thick, firm, yellow flesh is cooked until tender and scraped off the skin, into a neat pile of soft spaghetti-like noodles. Pretty cool, right?!

1. Preheat the oven to 450 degrees F. Cut the spaghetti squash in half, lengthwise and scoop out the seeds.

2. Rub the inside of each spaghetti squash half with coconut oil and sprinkle with sea salt and black pepper. Place, cut side down, on a baking sheet and bake for 45 minutes, or until tender.

3. Serve with your favorite spaghetti sauce and meatballs. Enjoy!

Zucchini is such a tender squash that it really doesn’t require cooking, and in fact cooking zucchini noodles quickly turns them to mush. I’ve found that pouring hot spaghetti sauce over a pile of zucchini noodles is all that it needs to heat it up without causing it to get mushy. You’ll need a spiral slicer –a little kitchen contraption that spirals zucchini through grating holes to create long, spaghetti-like noodles.

1. Wash the zucchini and remove the green skin with a veggie peeler. Run the peeled zucchini through a spiral slicer to create long, thin noodles.

While zucchini and spaghetti squash noodles are light and soft, noodles made from butternut squash are a bit heartier. Not only does this translate into a more filling meal, it also means that need to be cooked on their own, before applying the spaghetti sauce, in order to achieve a tender consistency.

Now there’s a little bit of technique involved with cutting your butternut squash in the best way to run it through a spiral slicer. I’ve found that the narrow part of the squash, that’s completely solid, is the piece that works really well with a spiral slicer. Slice off the skin and then simply run it through the slicer. The part of the squash that’s hollow in the middle is trickier to use with the spiral slicer, since those pieces are pretty thin. A quick option is to simply chop those pieces thinly and use that along with the long noodle strands.

1. Preheat the oven to 350 degrees F. Cut the narrow part of both squash off and peel off the skin. You should have 2 nice solid pieces of squash (no hollow section). Run this through a spiral slicer to create long, thin noodles.

2. Toss the noodles with 1 teaspoon of olive oil and season with salt and pepper. Spread over a rimmed baking sheet and bake for 5 to 8 minutes, until tender.

3. Serve immediately with the spaghetti sauce of your choosing. Enjoy!

Talk about truly guilt-free pasta – one made from asparagus spears! Rather than serve this one with traditional spaghetti sauce (although you could) I’ve included a dressing to toss the noodles with and I’d recommend serving it with meatballs for some added protein.

1. Wash one bunch of asparagus spears. Resist the urge to chop off the tough stalks, these are your handles! Cut off the asparagus tips and save. Hold onto the tough stalks and use a vegetable peeler to peel long asparagus noodle strands into a large bowl. Mix in a Tablespoon of fresh dill.

2. In a small bowl combine 3 Tablespoons of lemon juice, 1 teaspoon honey and a dash of sea salt and black pepper.

3. Heat a Tablespoon of olive oil in a medium skillet. Add the asparagus noodles. Sauté for 2 minutes then remove from heat. If you’d like, sauté the asparagus heads by throwing them in the pan after 1 minute. Toss with the dressing.

4. Serve the noodles warm and garnish with fresh dill. Enjoy!

Eating healthy, low carb meals like these are what it takes to have that lean, sexy body that you want.

Call or email us today and get you started on a fitness plan that’s custom designed for you. 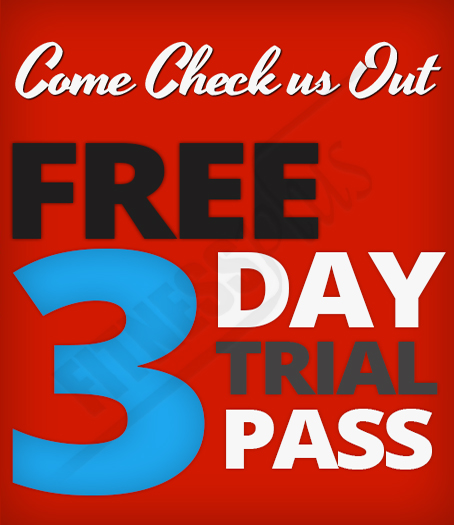 It is with great regret, that after 36 years in the Calgary community, Fitness Plus has been forced to permanently close its doors effective immediately.

As for many Canadian and worldwide businesses, the Covid 19 Pandemic and associated economic shutdown has proven to be unsurvivable for Fitness Plus. Since late February the economic effects of the pandemic have stressed our financial wherewithal, and the following government mandated shutdown has left us without the monetary resources or cashflow to restart and carry on*.
While left with no choice, the decision to close our doors for the final time has nonetheless been extremely difficult and filled with regret. We have developed many relationships within the community and with many of you directly over the 36 years we have been in business.

Those relationships will be missed.

We would like to extend our heartfelt thanks and gratitude to all of the Fitness Plus staff, trainers, instructors and members who helped to make us a success over the past three and half decades.

*Please be advised that due to the current financial position of Fitness Plus no refunds for pre-paid training will be able to be provided.